In 2014 Ben Rowe began serving as Youth Pastor at Elizabeth Church of Christ, South Australia. During his first few years of ministry he felt a prompting from God to explore his work out in the community – extending his time in schools, at skate parks and being present outside the church. One Thursday night, Ben was at Elizabeth City Centre and noticed the amount of young people congregating not to shop, but purely just to do life together and be in a sense of community. After witnessing a theft by a young lad, his eyes were opened to not only the brokenness that was around him, but the potential he believed God had for these young people. Without having anything constructive to do, he saw young people engaging in destructive activities and anti-social behaviour.

Compelled, he made a phone call to Elizabeth City Centre, spoke with centre management and shared his heart. It was agreed that Ben could bring himself and a few other volunteers from his youth group to the centre on a Thursday night. Since then, Ben and a team of volunteers from local churches have fostered strong relations with the centre management, security team & council resulting in the birth of Streetlight.

More than 50 volunteers have been trained from over 20 different churches, seeing Streetlight operate and thrive at the centre since 2016. They connect regularly with young people at 3 main locations; Elizabeth City Centre, Elizabeth Skate Park, Colonnades. Our team have also participated in local council events, high school wellbeing days and other community and church events.

In 2019, Ben & his wife Anni took a step of faith and left their youth pastor job to tackle Streetlight full-time as urban missionaries, raising their full-time income to support their family as well as the work of Streetlight. Two more missionaries have joined the team as the ministry expands and new initiatives are pioneered, which include Street Eats (an at home cooking initiative tackling food insecurity during covid lockdowns), and Street Art (an art therapy initiative).

Streetlight seeks to unite volunteers from local churches to take action in their community. Raising awareness of the vulnerable young people in the community, and mobilising support to take action in becoming a part of their story.

Through partnerships with local churches, organisations, businesses, councils, services and schools we raise finance, awareness and mobilise prayer and volunteers to achieve our goal of seeing communities transformed where young people are empowered to reach their potential.

Streetlight is a youth outreach aimed at building relationships, developing trust, and discovering potential within the lives of young people in the community.  Streetlight is currently run every Thursday night at Elizabeth City Centre from 6pm-9pm by volunteers from local churches.

A number of activities are used to help foster relationships, such as: Henna, Spray Gun Tattooing, Nail Painting, Water Pong and more.  With an aim for youth to discover their potential, we encourage our volunteers to experience and journey through life with some of these young people.

We believe that many of the young people we meet out in our community need positive mentoring-like relationships with people who can walk alongside them in life, and help draw out the potential that we believe God created for them to discover.

Build Relationships through consistent presence in the lives of young people in our community in relevant and approachable ways.

Develop Trust by engaging in authentic and positive interactions and conversations, living life with young people, and making ourselves available to the needs present in their lives.

Discover Potential by being inclusive and accepting of all people and attentive to ways in which we can add value through role-modelling, encouragement and mentoring.

Check out our latest Annual report for 2021 by clicking the link below. 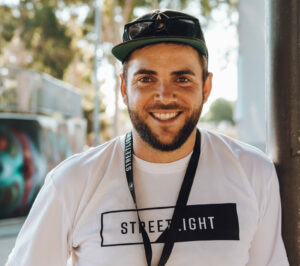 Ben oversees Streetlight’s vision, programs and relations including corporate, stakeholders, churches, volunteers, and youth. Ben has 8 years of experience in Youth Ministry and has a passion for networking and mobilising churches to take action in the community. As a passionate preacher and teacher, Ben shares Streetlight’s vision as he seeks to mentor, equip, challenge and encourage Streetlights’ volunteers, young people & local churches. 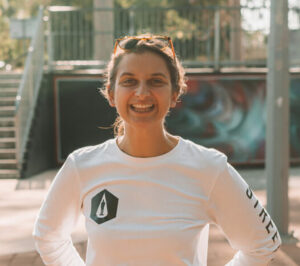 Jess’ obedience to be a part of a solution in building a safe and empowered community of healthy young people led her to initiate and facilitate Street Eats. She has been passionately praying for Streetlight since 2018 and with a deep desire to be a part of what Gods doing through Streetlight she is now committed to a full time role. This will see her working alongside young people, their families, the community and the church to lead initiatives that will create lasting change. 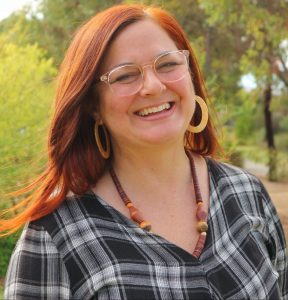